When We Want To Breathe Free, But All We Can Do Is Sigh... 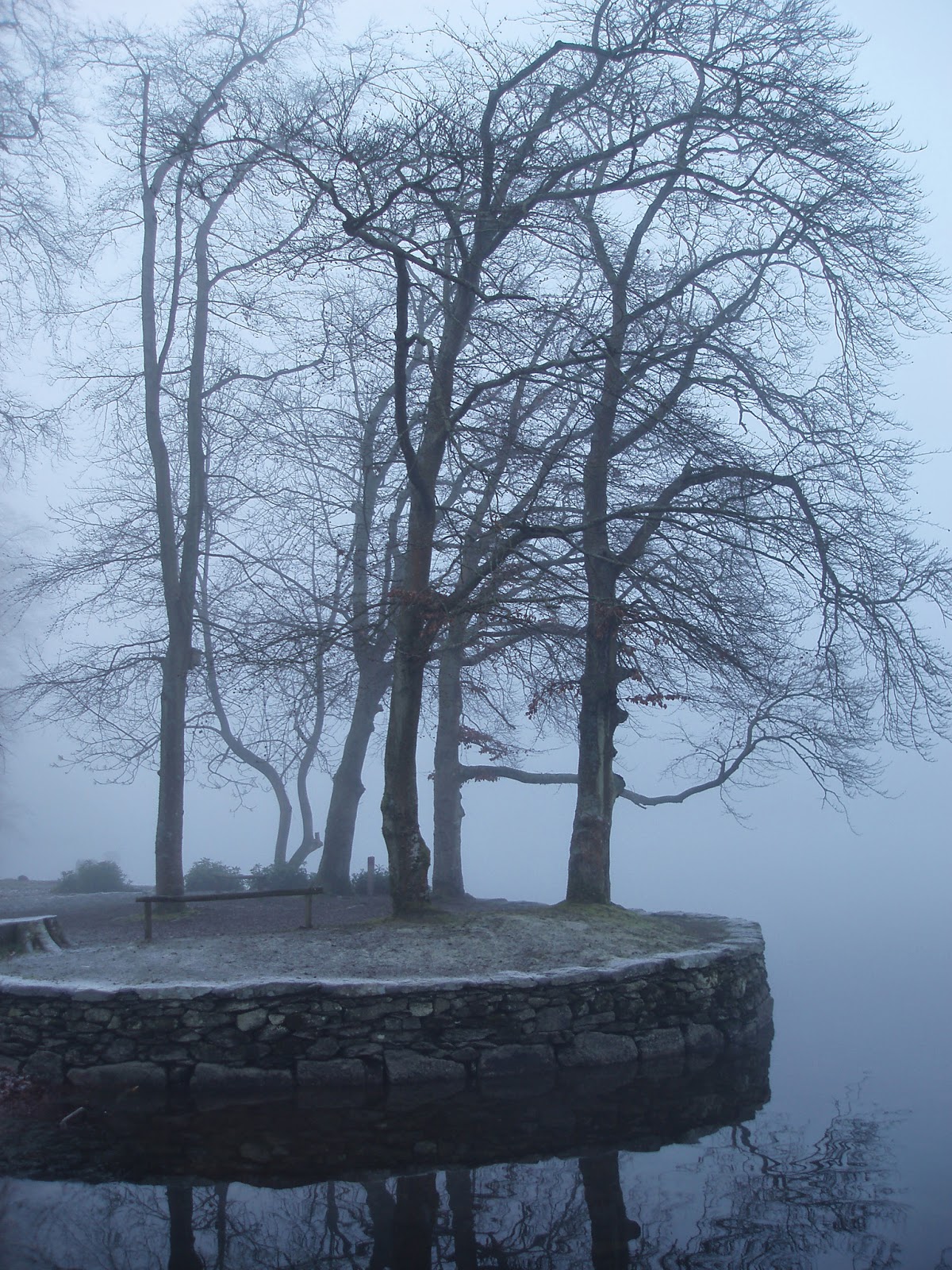 The winter was very long. Long and arduous. Not as long as others I've had to endure, but long enough. I know it was the winter taking it's toll (along with "everything else") because today it was warm and I couldn't sleep. I was up today after four hours (I've worked midnights five days a week for 13 years) because I knew the sun was out and the windows were open for the first time this year.

And I wanted to write.

I've been away from my desires for so long, I was getting scared.  I like to pile my proverbial plate so high with tasks that I get overwhelmed in that way, too. Write this, learn that, read this, plan that. I won't bore you with the actual list, it might scare you. ;) I am a perfectionist by default so whenever something isn't jiving well, I just sort of stop all together. Bad, bad habit. It doesn't help when outside troubles get too overwhelming to bear coupled with the looming promise of a long and dead winter to fuel the hibernating depression within.

This is the subject. I ignore, sidestep and make light of my depression. The truth is, I've struggled with depression and anxiety for years and years. The difference now is that I have grown enough in my person to be okay with admitting it and caring for it properly. I have taken medication for it, off and on, for twenty years. I am finally on a regimen that seems to do it's best, and it includes therapy. But, just like my style in everything else, I need to "get back to it", as I took an unintentional break from my sessions (not too smart during the winter...).

Aside from seasonal depression, things at home have great affect on my mood that I have noticed differs greatly from other people, which, in turn, is compounded by the seasonal depression. I realize that I have been through a lot and should probably not expect so much from myself in the way of recovery after a loss, but just when I think things are getting better, something else happens to challenge my strength. This isn't a "poor me" situation, it's a fact of life. Facts that a lot of us have to deal with on a daily basis and some of us aren't necessarily strong enough to get through it on our own. This is why I share...it's important to me that other people who struggle know that they aren't alone and that there is help to be had and encouragement to be offered.

The nitty-gritty. As if winter wasn't enough to keep me in a state of hibernation of all my senses, sad events at home helped with the rest. I literally slept and worked and had to force myself to do anything else.  I just wanted to sleep away the entire winter and I felt like I was a lazy zombie with no ambition or drive what-so-ever. I had to really try to accomplish all of my daily "have-to's." I could pay the bills, pick up some groceries, but not cook too often, watch TV but not write, scroll through Facebook, but not check my phone messages. For those of you who know me, the face you saw...a mask. I was too sad inside, for no apparent reason, to care much about anything. Then, I was shocked awake. My son had relapsed back into drug abuse. This is a biggie, since not all of you know this about us. (Before you protest, I have his full approval to write about this, and I choose not to go into certain details of his personal life. What I say here is only to benefit anyone who may be struggling with the same difficulties).

Now, I also want to clarify that I was not so disjointed and depressed that I was totally lost to my son's needs. We've been through rehab, counseling, medications and everything that he needed to do for recovery. I took off several weeks from work this past summer to accompany him to rehab and wrote about it in an earlier post. He, like all addicts, is very good at hiding things, though I can't say that parental denial was not lost on us completely. He has a job, was (and still is) doing very well at it, was being responsible. Then the signs came back. That's how we knew. He stopped keeping his room and car clean, stopped taking care of himself, sleeping a lot, using up all of his paychecks. His dad and I had been talking about the plan to confront him. We had to get him while he was home, not going to work and when my husband and I were both off. This caused a lot of anxiety for me, knowing what we might find out. I had never had such a terrible anxiety attack before, but this day, I was so physically ill you'd think I had the stomach flu. I never want to go through that again--fear of losing my child so great it made me sick. I could lose him all together, or just heart and soul, it makes no difference to me. I would die either way.

His dad went to confront him and that's the morning we knew we had to take him to the hospital. After hours at the hospital, however, they would not admit him. The Doctor prescribed another round of acute intensive outpatient group therapy and medication to stop the cravings. I really think he needs to be in a facility, but if they won't take him, it's up to us to give him the structure he needs. And he will have to work hard on his own, as well. Perhaps in another post I will talk about the dangers of drug use and the warning signs. I will talk about what all he has used and how we had no idea...until it was too late for him to stop on his own. In the meantime, I want to start a petition to get canned computer air duster off the shelves in stores and inaccessible to anyone under the age of 25. There should also be a way to only buy with an ID so that the system can keep track of the amount that is being purchased per customer. This stuff is deadly, and it's there for the taking. I know...my son has spent paychecks on it.

We are working through this just like everything else that comes our way. I sure feel I have a lot to complain about, but it's not like that. I want to lay everything out there so you can see pain as it is. Raw and inconvenient and agonizing, but not hopeless. These things I tell you, these stories, they are not about him or me, but us. And you. It's about a thing that I am going through, and that he is going through and the dynamic of it all when it crashes together based on our experiences-past and present. And, the point is how we deal with it; how I can show you that I was not destroyed by it, even though it felt like I was going to be, and sometimes wanted to be, but was not. If I can live through such nastiness and come out on the other side and want to talk about it with you, you can, too. You can.

Stick with me and I promise to give you my all.

Thank you so much for being here today and letting me share with you, I really appreciate you.